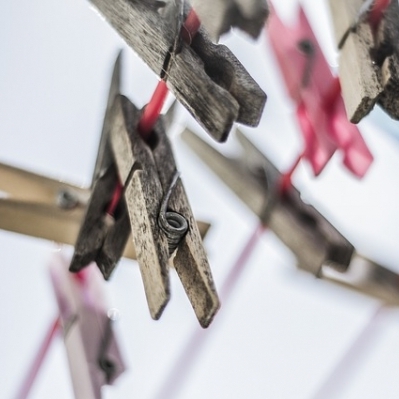 Washington Employment Case Law Update: Retail Business Includes Sales to Other Businesses
From the desk of John M. Kreutzer: Washington’s Minimum Wage Act requires employers to pay employees an overtime rate for any hours worked over 40 hours per week.  However, the MWA exempts employees who work for a “retail or service establishment” if their regular rate of pay exceeds one and one-half times the minimum wage and more than half the employee’s compensation represents commissions on goods or services.  In this case, the Washington Supreme Court evaluated whether a company that rents and services linens and uniforms is properly understood as a “retail or service establishment” for purposes of the Minimum Wage Act.
Claims Pointer: In this case arising out of a wage dispute, Washington Supreme Court held that under the statutory requirements of the Minimum Wage Act, the “retail or service” overtime exemption extended to businesses where its customers are other businesses, provided its sales are not for resale and recognized in the industry as retail.  The case examines the application of the overtime exemption and provides guidelines for determining whether an employer is a “retail or service establishment” under the Minimum Wage Act.
Cooper v. Alsco, Inc., No.91801, Washington Supreme Court, (August 4, 2016).
Alsco, Inc. (“Alsco”) is a textile rental and sales company in the business of supplying uniforms, linens, and other products to other businesses in a variety of fields.  It provides no products or services for resale.  Pursuant to a collective bargaining agreement (“CBA”), it allows its employees to choose to be paid hourly or by commission with a base salary.  For those employees that choose commission, the commission comprises over half their total pay.  The commissioned employees are not paid greater compensation for hours they work over 40 in a week.
A class of commissioned delivery employees sued Alsco under Washington’s Minimum Wage Act (“MWA”), claiming entitlement to overtime pay and alleging Alsco willfully withheld wages in violation of the MWA.  Both Alsco and the employees filed cross motions for summary judgment.  Alsco argued that because it is a “retail or service establishment” (“RSE”), it was exempt under the MWA from paying commissioned workers overtime.  It also argued it had not “willfully” withheld wages because the commission-based wage system was negotiated as part of the CBA.  The trial court granted the employees’ summary judgment motion with respect to their entitlement to overtime, finding that Alsco was not an RSE under the MWA.  It also granted summary judgment for Alsco on the issue of willful withholding.  Alsco appealed directly to the Supreme Court, citing conflicting prior appellate decisions, and the Supreme Court accepted direct review.
The Court noted that the MWA generally requires employers to pay employees one and one-half times their regular rate of pay for any hours worked over 40 hours per week.  However, because the MWA expressly exempts employees who work for an RSE if their regular rate of pay exceeds one and one-half times the minimum wage, and because the commission-based employees were paid over one and one-half times the minimum wage, the only issue before the court was whether Alsco was properly understood as an RSE.
Under the MWA, an RSE is defined as “an establishment seventy-five percent of whose annular dollar volume of sales or goods or services, is not for resale and is recognized as retail sales or services in the particular industry.”  It was undisputed that the products sold by Alsco to other businesses were used by those businesses and not resold.  The key question was therefore whether Alsco was “recognized as retail sales or services in the particular industry.”
The Court noted that in a comparable previous case, it found that vending machine sales were recognized as retail sales by the industry because such sales were subject to the retail sales tax and were “end of the line” transactions between the vending company and the ultimate consumer.  Alsco’s sales—the core of which involved renting linens and garments—were also taxed under Washington’s retail sales tax statute, which defined services such as “providing customers with a supply of clean linen, towels, uniforms, gowns, protective apparel, clean room apparel, mats, rugs, and similar items” as retail sales subject to the retail sales tax.  Notably, the statute drew no distinction between individual customers and business customers.  The Court acknowledged that Alsco’s services would not be traditionally understood as retail, but because its goods and services fit into the statutory definition of “retail,” its services were properly understood as retail.
Because Alsco was subject to retail sales tax under the statutory definition of retail, and because its transactions were “end of the line transactions,” Alsco was an RSE under the MWA.  Summary judgment in favor of the employees was therefore improper, and the case was remanded to the trial court with instructions to enter judgment for Alsco.
View full opinion at: https://www.courts.wa.gov/opinions/pdf/918015.pdf
Case updates are intended to inform our clients and others about legal matters of current interest. They are not intended as legal advice. Readers should not act upon the information contained in this article without seeking professional counsel.
To email John Kreutzer, please click here.
To view the most recent Oregon Case Law Update: Safe Harbor Letter Not a Sure Thing, please click here.

General Litigation, Negligence Too Emotionally Distressed to File a Claim for Emotional Distress? Don’t Worry You May Still Have Time. Monday February 22, 2021 By: Melanie Rose

General Litigation, Negligence Qualified for Recreational Use Immunity? You May Still be Liable. Thursday January 7, 2021 By: Firm Authorship

Commercial Liability Defense, General Litigation, Personal Lines New Life Given to Offers to Allow Judgment Tuesday October 13, 2020 By: Jeff Eberhard
This site uses cookies to improve your user experience and to provide you with content we believe will be of interest to you. Detailed information on the use of cookies on this website is provided in our Privacy Policy. By using this website, you consent to the use of our cookies. Accept