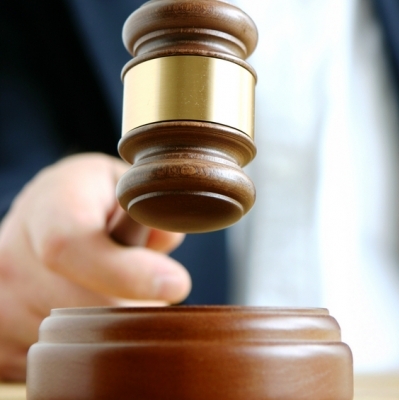 Oregon Case Law Update: Evidence Required to Establish Excusable Neglect
From the desk of Josh Hayward: Courts generally prefer to resolve cases on their merits rather than dismissing them for a procedural issue. As a result, many judgments of dismissal are set aside on grounds such as mistake, inadvertence, surprise, or excusable neglect. On rare occasion, however, an appellate court will find insufficient support to set aside the judgment. Read on to learn more.
Claims Pointer: In this case arising out of a forcible entry and wrongful detainer (“FED”) action, the Oregon Court of Appeals held that the evidence supporting a landlord’s motion to set aside a judgment of dismissal was insufficient to demonstrate “excusable neglect.” The case provides an important reminder of how courts analyze procedural grounds for setting aside judgments of dismissal.
Reeves v. Plett, 284 Or App 852 (April 19, 2017)
Jerry Reeves (“Reeves”) brought an FED action to evict his tenants, Monty and Shieree Plett (the “Pletts”). After the initial hearing, the trial date was set over once at the Pletts’ request and again at Reeves’ request. Trial was set for March 3 at 9:00 am. The court sent written notice of the trial date and time to both parties by mail. On the day before the trial, the court also left voicemails for the lawyers of each party to remind them of trial the following day. Despite these reminders, on the day of trial, neither Reeves nor his lawyer appeared at 9:00 am. The court waited for 33 minutes with no sign of Reeves or his lawyer before entering a judgment dismissing the case and permitting the Pletts to file a motion for attorney fees under the Oregon Rules of Civil Procedure.
One week later, Reeves moved to set aside the judgment of dismissal, arguing that he had missed the trial date due to “excusable neglect.” The only evidence supporting his claim of excusable neglect consisted of a declaration from his attorney stating that Reeves’ clerk mistakenly calendared the trial time for 10:00 am and that Reeves showed up fully prepared at 10:00 am. Based on that evidence, the trial court granted Reeves’ motion and set aside the general judgment of dismissal. The Pletts appealed.
On appeal, the Pletts argued that the trial court erred in setting aside the judgment of dismissal because Reeves’ evidence was insufficient as a matter of law to demonstrate “excusable neglect” within the meaning of the applicable rule. According to the Pletts, Reeves’ evidence did not provide sufficient information about how the calendaring error occurred, and about how that error led to both Reeves and his lawyer failing to show up, to permit the conclusion that Reeves’ failure to appear was excusable.
Under Oregon law, to be entitled to relief from a judgment of dismissal on the grounds of excusable neglect, a party must show that he or she had a reasonable excuse for failing on account of neglect to appear or otherwise defend his or her interests. To determine whether the evidence was sufficient to allow the trial court to reach that conclusion, the Court of Appeals assessed whether the totality of the circumstances reflected that Reeves took reasonable steps to protect his interests by, for example, establishing procedures for avoiding the type of calendaring error that occurred and relying on those procedures.
The court quickly determined that the scant evidence provided by Reeves—his lawyer’s declaration—was legally insufficient to permit the conclusion that Reeves’ failure to appear was the result of excusable neglect. The court explained that Reeves’ evidence provided no insight into the totality of the circumstances that led to the calendaring error by Reeves’ clerk or how that error led to him not appearing for trial at the specified time. Because the court did not have additional information, it could not determine whether Reeves had a reasonable excuse for failing to appear at the proper time. For example, Reeves offered no evidence indicating if or how he relied on his clerk’s incorrect calendar in this case, or whether he had procedures in place to ensure correct trial calendaring. The court explained that while calendaring errors can constitute excusable neglect, the party seeking to set aside a judgment entered after that party failed to appear for a scheduled trial must show that it acted in some reasonable way to avert that type of consequential error. The court pointed out that there was no evidence or contention that Reeves’ lawyer also miscalculated the time of trial or that Reeves was unable to speak with his lawyer before trial. Without evidence regarding how and why a calendaring error by Reeves’ clerk led to Reeves failing to appear for trial, the record did not permit the determination that the clerk’s error constituted a reasonable excuse for Reeve’s failure to appear.
The court explained that Reeves’ evidence simply left too many questions unanswered. For example, did Reeves have measures in place to avoid similar errors? Was this a rare or regular occurrence for Reeves to miss eviction trials? When did Reeves and his attorney discover the mistake? Could he have notified the court prior to dismissal rather than remaining silent until he arrived at the courthouse? For the court, the answers to these questions would have provided the totality of the circumstances necessary to assess the reasonableness of Reeves’ excuse for failing to appear. Because the evidence was not sufficient to establish excusable neglect, the Court reversed and remanded for the trial court to reenter the original judgment of dismissal.
View full opinion at: http://www.publications.ojd.state.or.us/docs/A161806.pdf
Case updates are intended to inform our clients and others about legal matters of current interest. They are not intended as legal advice. Readers should not act upon the information contained in this article without seeking professional counsel.
To email Josh Hayward, please click here.
To view the latest Washington Case Law Update: Speculation Does Not Create Issue of Material Fact, please click here.