Bob is a founding member of Smith Freed Eberhard and has over 40 years of litigation experience. Bob frequently prepares and delivers seminars and lectures to insurance professionals and trade organizations on insurance coverage issues, hot topics, and legislative updates. He also has spent several years training agents for large insurers on all aspects of claims with an emphasis on errors & omissions liability and how to avoid it.

Bob has conducted over 500 examinations under oath, has tried approximately 150 cases to a jury verdict, and has conducted upwards of 300 arbitration cases.

During the last four decades practicing litigation law, he has had numerous case successes. Though there are too many to count, some do stand out as favorites.

He defended the first methamphetamine clean-up case in the county and was interviewed in an article in the Wall Street Journal about the case. Bob has handled numerous first-party lawsuits at the appellate level, many of which established new laws in those areas. Bob has also assisted several national insurance carriers in rewriting portions of their insurance policies to better protect themselves and their insureds. 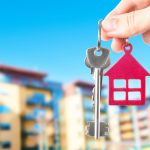 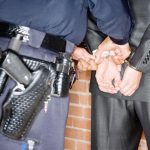 Tell me about your legal challenge.
Then we’ll tell you how we can help.