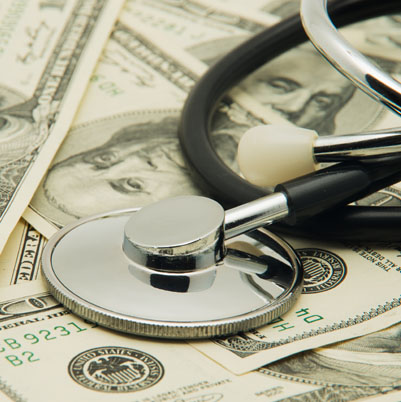 From the Desk of Kyle Riley: The Washington Supreme Court recently held that when a plaintiff enters into a partial settlement agreement with some, but not all of the defendants in a case, it does not necessarily mean that those defendants are released so as to defeat joint and several liability. Under joint and several liability, a plaintiff may recover the full amount of a judgment against any of the defendants in a case. It becomes the responsibility of the defendants to sort out their respective proportions of liability. If one defendant pays the full amount of the judgment, that party must seek out contribution from the other defendants for their respective shares of fault.
Claims Pointer: Insurers should be aware of the specific language in a partial settlement agreement when it includes some, but not all of the defendants in a suit. If the language of the partial settlement provides that the amount paid does not represent settlement of any claims, then joint and several liability will likely still exist. When affecting a partial settlement agreement, an insurer’s attorney(s) should also be aware that failure to report the agreement to other defendants can result in sanctions, as well as the possibility of losing significant amounts of money.
Barton v. State Department of Transportation, 308 P.3d 597 (2013).
Korrine Linvog (“Korrine”) was driving her parent’s car when she pulled into an intersection and collided with Jared Barton, who had the right-of-way, as he approached on his motorcycle. Barton sued Korrine for negligence and her parents (“the Linvogs”) under the family car doctrine. He also brought a suit against the Washington State Department of Transportation for negligent highway design and maintenance.
William Spencer (“Spencer”) was the attorney for the Linvogs, and Ralph Brindley (“Brindley”) represented Barton. Initially, Spencer offered to settle the case for the limits on the Linvogs’ insurance policy, which was $100,000. Brindley refused because he wanted to maintain joint and several liability between all of the defendants. Nearly two years later, Brindley requested a $20,000 advance from the Linvogs to pay Barton’s medical expenses. Spencer agreed to provide the advance, and drafted a “Stipulation of Parties Rendering Advanced Payment” (“Stipulation”). The Stipulation provided that the $20,000 advance would reduce any future settlement verdict against the Linvogs, that Barton would not seek a judgment above the Linvogs’ policy limits and the advance did not represent settlement of any claims brought by Barton against any of the defendants in the matter.
Months prior, both attorneys received discovery requests asking whether the parties had entered into any pretrial settlements, releases, or agreements. Each attorney responded in the negative, and neither attorney supplemented their responses after the Stipulation. At trial, the jury returned a verdict for Barton against Korrine, the Linvogs and the State. Earlier, the trial court found Barton was free from fault. Thus, Korrine, the Linvogs and the State were jointly and severally liable for his injuries.
The State appealed the evidentiary ruling and trial court’s grant of Barton’s motion for summary judgment regarding the issue of comparative fault. The trial court affirmed its previous ruling and remanded the case. After remand, Barton attempted to collect the judgment from the defendants. While discussing payment of the judgment with Spencer and Brindley, the State learned about the Stipulation. The State filed a motion to vacate the judgment; and it moved for a new trial and sanctions.
The trial court denied the motion to vacate but, found sanctions appropriate as to Brindley. Brindley was unable to receive $146,000 in interest that he otherwise would have been entitled to receive. The State appealed these rulings, and the Court of Appeals affirmed the trial court on all grounds. The State petitioned the Washington Supreme Court for review.
The Court evaluated whether an agreement between the plaintiff and some, but not all of the defendants, in which the defendants give an advance payment in exchange for the plaintiff’s promise not to execute a judgment in excess of the defendants’ insurance policy, releases the defendants from joint and several liability. The decision turned on the meaning of “release” under RCW 4.22.070. The Court found that “release” should have its plain and unambiguous meaning. It held that the Stipulation did not release the Linvogs. In doing so, the Court explained that under RCW 4.22.060, a covenant not to enforce judgment or similar agreement, does not necessarily release a defendant under RCW 4.22.070, the statute which mandates joint and several liability. It is important to note that settling parties are not subject to joint and several liability under RCW 4.22.070. The Court also held that the Stipulation did not release the Linvogs because the parties did not intend for the agreement to have such effect.
Since the parties did not intend to release Korrine and the Linvogs’, the Stipulation did not vitiate their contribution liability to the State. With regard to the issue of sanctions, the Court held that the trial court did not abuse its discretion in its choice of sanctions. In coming to its conclusion, the Court noted that Brindley’s failure to supplement his discovery responses was not willful or deliberate, and that the State’s ability to prepare for trial was not prejudiced.
Case updates are intended to inform our clients and others about legal matters of current interest. It is not intended as legal advice Readers should not act upon the information contained in this email without seeking professional counsel.