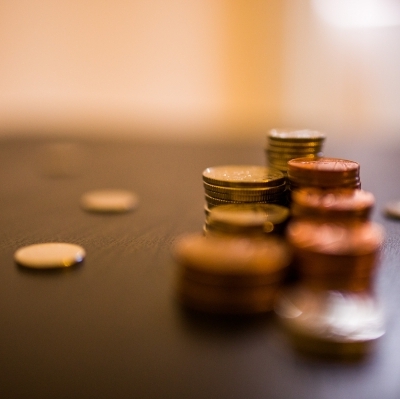 Oregon Law Update: Oregon’s $500,000 Noneconomic Damages Cap Remains Untouched by Legislation
From the desk of Jeff Eberhard: Good news for insurers and defendants in Oregon: Oregon’s recently revived cap on noneconomic damages should remain unchanged for at least another two years.  As you may already know, Oregon law caps noneconomic damages at $500,000 for claims arising out of bodily injury, death, or property damage.  On July 7, 2017, the Oregon legislature ended its 2017 session without passing any legislation addressing the $500,000 noneconomic damages cap.  This will likely leave the cap unmodified at least until the next full legislative session beginning in January 2019.
In 1987, the Oregon legislature adopted a statute (ORS 31.710) placing a $500,000 cap on noneconomic damages (that is, subjective, nonmonetary losses such as pain, mental suffering, emotional distress, humiliation, and so on) for all claims arising out of bodily injury, death, or property damage.  In a series of decisions beginning in the mid-1990s, however, Oregon’s appellate courts held that the noneconomic damages cap was unconstitutional for all claims that existed at common law at the time the Oregon Constitution was adopted in 1857.  The courts reasoned that the Oregon Constitution’s clauses providing the right to a jury trial (Article 1, section 17) and the right to a remedy (Article 1, section 10) prevented the legislature from limiting a jury’s damages award.  These decisions left the cap intact only with respect to claims that were statutorily created after the Oregon Constitution was adopted, specifically claims for wrongful death.  Recently, however, the Oregon Supreme Court reversed these decisions and reinstated the cap, indicating that the cap was enforceable so long as the resulting remedy was not a “paltry fraction” of the damages the plaintiff sustained.  Horton v. OHSU, 359 Or 168 (2016).  [[See our prior Case Updates on Horton v. OHSU here: part 1 and part 2.]  Trial courts have since begun to apply the cap to reduce plaintiffs’ noneconomic damages awards, in one case reducing a noneconomic damages award of $10.5 million to $500,000.
In response to these recent developments, the legislature has sought to modify the cap (or even strike the cap entirely for certain claims). For example, Senate Bill 737 proposed to modify the cap to apply only to wrongful death, leaving personal injury and property damage claims uncapped.  House Bill 2807-B, on the other hand, would have raised the cap to $10 million for personal injury and property damage claims, while leaving the cap at $500,000 for wrongful death claims.
Despite the legislature’s efforts to modify the cap, no proposed legislation was passed during the 2017 legislative session.  Because the legislature only meets for an abbreviated 35-day session in even-numbered years, it is highly unlikely that the legislature will return to this topic until the 2019 legislative session.  In the interim, the cap will apply to all claims for bodily injury, wrongful death, or property damage.
To email Jeff Eberhard, please click here.
To view the latest Washington Case Law Update: Parent’s Negligent Supervision not Tortious, Cannot Reduce Child’s Recovery, please click here.