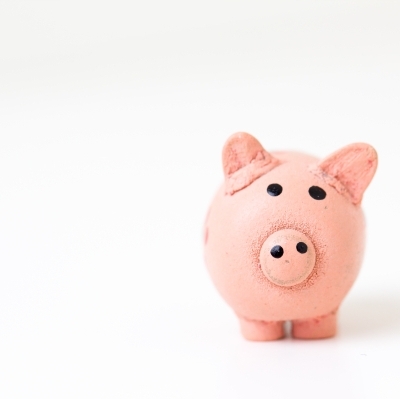 Oregon Case Law Update: High-Low Settlement Agreements Do Not Necessarily Resolve Dispute
From the desk of Jeff Eberhard: A high-low settlement agreement is a settlement in which the settling defendant agrees to pay a minimum amount and the plaintiff agrees to accept a maximum amount regardless of the outcome at trial.  In this case, a non-settling defendant sought to have the settling defendant dismissed from the case on the grounds the settling defendant no longer had adverse interests to the plaintiff.  Also at issue is the application of the cap to noneconomic damages after Horton v. OHSU, a landmark case discussed in our recent updates, indicating this may be among the first cases to evaluate the recently revived tort cap (see our prior updates on Horton for more on the cap).
Claims Pointer: The Oregon Supreme Court held that the high-low agreement did not require dismissal of the settling defendant because its interests remained sufficiently adverse to the plaintiffs’.  However, the analysis does indicate that a high-low agreement could be structured in such a way as to eliminate adverse interests, which could result in dismissal of the settling defendant or disclosure of the agreement to the jury.
Rains v. Stayton Builders Mart, Inc., 359 Or 610 (2016)
Five Star Construction (Five Star) hired Kevin Rains (Kevin) and his partner to construct a barn, and it purchased grade No. 2 wood boards from Stayton Builders Mart, Inc. (Stayton) for the project.  At least one board manufactured by Weyerhaeuser Company (Weyerhaeuser) was defective because it contained a large knot that compromised its integrity.  During construction, Kevin was standing on the defective board 16 feet above the ground when it broke, causing him to fall to the ground and rendering him paraplegic.
Kevin and his wife, Mitzi Rains (Mitzi), quickly settled their claims against Five Star.  Kevin brought negligence and products liability claims against Stayton, and Mitzi brought a loss of consortium claim against Stayton.  Stayton brought third-party claims for common-law indemnity and contribution against Weyerhaeuser.  Five days before trial, however, the Rains partially settled with Stayton.  Under the terms of the so-called “high-low” agreement, the Rains agreed to dismiss their negligence claim against Stayton and pursue only the strict products liability and loss of consortium claims.  They also agreed to cap Stayton’s potential liability on the remaining claims at $2,000,000.  For its part, Stayton agreed to pay the Rains at least $1,500,000 on those claims regardless of liability at trial, and if the jury returned a verdict in excess of $1,500,000, Stayton would pay the award up to a maximum of $2,000,000.
Weyerhaeuser moved to dismiss the Rains’ claims against Stayton, arguing that the settlement agreement eliminated the adverse interests between the Rains and Stayton.  The trial court denied Weyerhaeuser’s motion, and the jury returned a verdict in favor of the Rains, finding Weyerhaeuser 45% at fault, Stayton 30% at fault, and Kevin 25% at fault.  Weyerhaeuser then moved to reduce noneconomic damages to $500,000 for each claim based on ORS 31.710(1), but the trial court denied the motion on the grounds that the right to a jury trial of Article 1, section 17 of the Oregon Constitution precluded the legislature from limiting noneconomic damages on the Rains’ claims (for more on this issue, see our prior case updates on Horton v. OHSU).  The court entered a limited judgment in favor of the Rains against Weyerhaeuser and Stayton, and a limited judgment in favor of Stayton on its indemnity claim against Weyerhaeuser.
Weyerhaeuser appealed, assigning error to numerous issues, including the trial court’s determination that the settlement agreement between the Rains and Stayton did not eliminate any legitimate dispute between them, its refusal to admit the settlement agreement into evidence, and its refusal to impose the statutory cap on noneconomic damages.
For a court to be able to hear a dispute, the interests of the parties must be adverse.  The agreement at issue provided that Stayton would pay at least $1,500,000 regardless of outcome, and up to $2,000,000 if the damages award exceeded $1,500,000.  According to Weyerhaeuser, because it would indemnify Stayton only for the amount of a verdict against both it and Stayton, any verdict less than $1,500,000 would result in Stayton not being fully reimbursed.  Thus, the agreement not only eliminated Stayton’s interest in litigating the case, it created an interest for Stayton to establish Weyerhaeuser’s and its own liability and maximize the Rains’ recovery.  The interests of the Rains and Stayton were therefore aligned, so there was no longer a dispute between them.
The Court disagreed, pointing out that Weyerhaeuser was contesting Stayton’s indemnity claim, so Stayton still had a motive to litigate.  As long as Stayton’s indemnity claim remained undecided, Stayton would prefer a judgment in favor of plaintiffs for $1,500,000 over a judgment for $2,000,000, while the Rains would prefer the opposite.  This established that there was still a dispute between Stayton and the Rains.
With respect to the statutory cap on noneconomic damages, the Court explained that its recent decision in Horton determined in part that the jury clause of Article I, section 17, of the Oregon Constitution does not restrict the legislature’s ability to impose a statutory damage cap on specific claims, so it remanded the issue to the Court of Appeals for reconsideration.  In a bartnote, the Court also pointed out that depending on the Court of Appeals’ resolution of the parties’ arguments under Article 1, section 17, it might be appropriate for that court to consider the Rains’ alternative challenges to the application of the statutory cap based on Article 1, section 10, the remedy clause.  This case will likely be among the first to apply Horton, and we will be following it closely.
View full opinion at: http://www.publications.ojd.state.or.us/docs/S062939.pdf
Case updates are intended to inform our clients and others about legal matters of current interest. They are not intended as legal advice. Readers should not act upon the information contained in this article without seeking professional counsel.
To email Jeff Eberhard, please click here.
To view the latest Washington Case Law Update: How to Serve Motorist Defendant via Secretary of State, please click here.