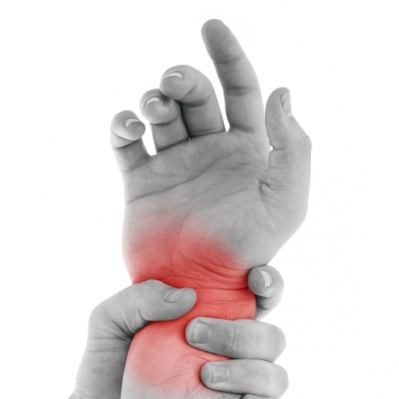 Oregon Case Update: No Immunity Under Public Use of Lands Act if Land is Already Available for Public Use

Landis v. Limbaugh, 282 Or App 284 (November 16, 2016)
While out jogging on a sidewalk that bordered a street, Sheila Landis (“Landis”) tripped and fell over a section that was pitched upward.  As a result, she sustained a fractured elbow and underwent multiple surgeries.  Landis brought a negligence action against Washington County and Wayne Limbaugh (“Limbaugh”) as a personal representative of the Herwick Estate, the entity that deeded the land to Washington County.  She alleged that both defendants had failed to inspect and maintain the sidewalk and had failed to warn pedestrians of the sidewalk’s condition.

Washington County moved for summary judgment, contending that under the Public Use of Lands Act, it was entitled to “absolute immunity.”  Under that Act, an owner of land is not liable in contract or tort for personal injury, death, or property damage “that arises out of the use of the land for recreational purposes” when the owner of land either directly or indirectly permits any person to use the land for recreational purposes. ORS 106.682(1).  According to Washington County, immunity under the Act should apply if the principal purpose of the person using the land is recreational.

Landis responded that immunity should not be determined simply by a plaintiff’s purpose for being on the land; rather it should depend on the nature of the land being used.  She emphasized that the reactional use statutes were enacted to provide a quid pro quo arrangement with landowners—in exchange for opening land to the public, landowners receive statutory immunity.  According to Landis, because that exchange rationale should not logically extend to a sidewalk already available for public use, the statute should not bar her claim.

The trial court granted Washington County’s motion for summary judgment based on the statutory immunity defense.  Landis appealed.  On appeal, Washington County raised a second defense: because it did not own the land adjacent to the sidewalk, it could not be liable under Beaverton City Code, which imposes a duty on the owner of land “abutting any public right-of-way” to maintain sidewalks “so as not to present an unreasonable risk of danger.”  The Court of Appeals took both defenses in turn.
In evaluating Washington County’s statutory immunity defense, the Court of Appeals noted that in each of the immunity and policy statements contained in the statutes, the critical actor is the “owner of land.”  In each statement, the landowner consciously decides to “to make land available” or to “permit,” directly or indirectly, any other person to use the land for recreational purposes.  Only after the landowner decides to permit a particular use of the land can another person enter the land.  This is subject to the limitation that no ordinary tort or contract claim may be brought against the landowner.  Moreover, the legislative history did not indicate that such recreational immunity would apply to streets or sidewalks that are already generally available to the public, that are not attendant to parks or places of recreation, and that the landowner has done nothing to “make available” for recreational use.  Based on its analysis of the statutes, policy statements, and legislative history, the court concluded that because Landis was injured on an ordinary sidewalk along a city street that was already available for general public use, not on lands that Washington County decided to make available for recreational use, the recreational immunity statute did not apply.

As an alternative basis for affirming the trial court’s granting of summary judgment, Washington County argued that under the Beaverton City Code, it was not liable because it was not the owner of the property abutting the right-of-way.  It argued that because it acquired only an easement from Herwick Estate, it did not possess legal title to the land at issue.  Landis argued the opposite, contending that the Herwick Estate deed conveyed a fee interest, not merely an easement.

The Court analyzed the 1992 deed that granted the state an interest in the property in question, ultimately determining that the deed conveyed a fee interest and not merely an easement for four reasons: (1) the  deed was from private property owners, the Herwicks, to a public body, Washington County, for purposes of a public right of way; (2) the deed’s text used inclusive language such as “all that certain real property”; (3) the word “easement” was absent from the instrument, and the instrument specified a conveyance in property but did not state that the conveyance was subject to or constituted an instrument; and (4) the instrument did not limit the nature of the estate being conveyed.

Because Washington County was not immune from liability under the Public Use of Lands Act, and because the deed conveying the land to Washington County conveyed a property interest in fee, the trial court erred in granting summary judgment for Washington County.  The case was remanded for further proceedings.
Case updates are intended to inform our clients and others about legal matters of current interest. They are not intended as legal advice. Readers should not act upon the information contained in this article without seeking professional counsel.