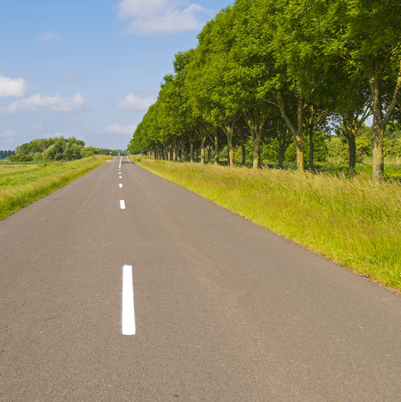 From the desk of Jeffrey D. Eberhard: Last week we updated you on how the Oregon Supreme Court ruled in Towe v. Sacagawea, Inc., 357 Or 74 (2015). If you missed last week’s update, it is available here. After the Court concluded that the trial court erred in ruling that motorcyclist Towe was the sole cause of his injuries, it addressed whether Towe was a trespasser and the duty of care that he was owed.
Claims Pointer: Whether a claim will reach a jury impacts nearly every aspect of litigation. In this case, the Oregon Supreme Court for the first time considered what duty a possessor or owner of land owes to persons travelling adjacent to their property.
Towe v. Sacagawea, Inc., 357 Or 74 (2015).
Billie Towe was riding his motorcycle on a public road when he turned onto a gravel access road (the access road). At the entrance to the access road, there was a sign that identified Mountain View Rock (Mountain View) on the top third of the sign, identified another owner (the Clarkes) in the middle, and “Private Road No Trespassing” on the bottom portion of the sign. The last part of the access road was paved and was owned by Mountain View. Mountain View had a chain installed to block entrance to its property, but did not consistently leave the chain up. Mountain View had no sign at the entrance of its property. The Bureau of Land Management (BLM) and a man named Kinyon owned the parts of the access road leading up to Mountain View’s portion of the road. Another owner, the Clarkes, used the access road to get to their property but did not own any part of the road.
Towe acknowledged that he was aware of the access road sign and that it stated “no trespassing” because he had traversed the road several times and had even worked for Mountain View a year prior to the accident. Towe had driven the access road on prior occasions to look at property for sale and his girlfriend had mentioned to him that there was a home for sale on the Kinyon property. In fact, there was an old real estate sign that indicated with an arrow pointing up the access road that there was a property for sale. As Plaintiff was driving up the access road, he failed to see the chain blocking the Mountain View property and was injured when he ran into it without braking.
Plaintiff sued Mountain View for negligence. Plaintiff alleged that Mountain View had failed to adequately mark the chain blocking its property and that Mountain View owed him a duty of ordinary care not to be negligent. Mountain View filed a motion for summary judgment. Mountain View argued that Towe was the sole cause of his injuries (see last week’s update) and that Towe was a trespasser to whom Mountain View only owed a duty of care to not injure Towe willfully or wantonly. The trial court granted summary judgment, stating that Towe was a trespasser and that he was “100% responsible for his injuries.”
Towe appealed. A split Court of Appeals (2-1) upheld the trial court ruling on the basis that Towe was a trespasser and that Mountain View had not acted willfully or wantonly by putting up the chain to block its property.
The Supreme Court addressed whether Plaintiff was a trespasser and what duty Mountain View owed him. Whether Towe was a trespasser depended on whether the access road was closed to the public. The Court observed that while Towe knew that the paved portion of the access road was owned by Mountain View and that the “no trespassing” sign was clearly marked, it was also clear that the road was used by BLM and other members of the public, including people attracted by the real estate for sale, to access the other properties. The Court refused to conclude that the “no trespassing” sign, by itself, could render Towe a trespasser. The Court concluded that in the light most favorable to Towe, the access road was not kept private, so it could not conclude that he was a trespasser. The Court instead treated Towe as a person “adjacent” to private property. The term “adjacent” commonly refers to a passerby that travels parallel to or alongside private property, but here the Court concluded that Towe was adjacent when he ran into private property.
The Court then ruled for the first time as to the duty a landowner or possessor of land owes to a traveler adjacent to his land. The Court adopted the common-law rule, which requires a landowner to exercise the ordinary duty of care to passers-by. In other words, landowners owe persons adjacent to their land a duty to protect them from artificial hazards (such as a chain crossing the road) and from unreasonably hazardous conditions. Furthermore, the duty protects those who deviate from a public way to private land when it is the normal incident of travelling on the public way. The Court stated that this duty was “premised on the value that society places on the interest in public passage, and it strikes a balance between that interest and a landowner’s equally important interest in the exclusive use and enjoyment of his or her own property.” The Court reversed the Court of Appeals and remanded to the trial court.
Case updates are intended to inform our clients and others about legal matters of current interest. They are not intended as legal advice. Readers should not act upon the information contained in this article without seeking professional counsel.

Automotive Defense, Personal Lines, Property Loss Washington’s Made Whole Doctrine Majorly Expanded Wednesday December 9, 2020 By: Josh Hayward
This site uses cookies to improve your user experience and to provide you with content we believe will be of interest to you. Detailed information on the use of cookies on this website is provided in our Privacy Policy. By using this website, you consent to the use of our cookies. Accept